March 11 2001. When I heard Thomas playing live for the first time at the Musikmesse Frankfurt, I was REALLY impressed by his tone and sound. Afterwards I talked to him and realized immediately that what lay behind this was a vast amount of experience and knowledge. Today I know that he has played a leading role in many developments and his expertise can be found in lots of outstanding products.

I responded to an invitation from him in July 2011 and we thoroughly tested all possible playing situations. Thomas was very concentrated and analytical, “sensing” every square meter of the room. He was amazed that the Deeflexx spread the sound evenly throughout the entire room, no matter whether standing near, away from, beside or even behind the cab –

“This was impossible until now, it sounds fat everywhere – ABSOLUTELY COOL!”

Thomas’ self-developed speaker prototype and the Deeflexx complement each other perfectly, spreading the warm tone around evenly, and the incredible feeling of guitar-playing was confirmed afterwards during live gigs– 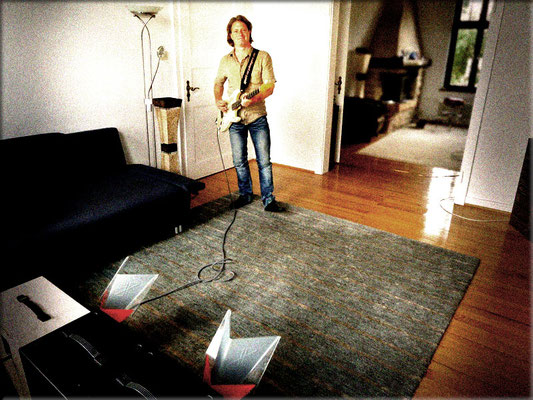 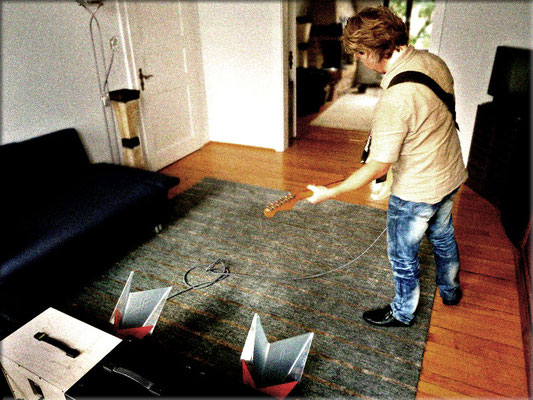 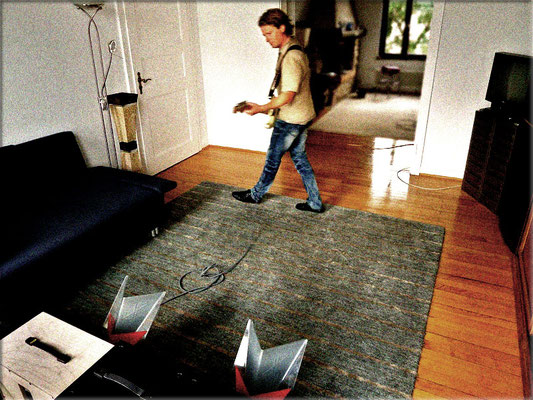 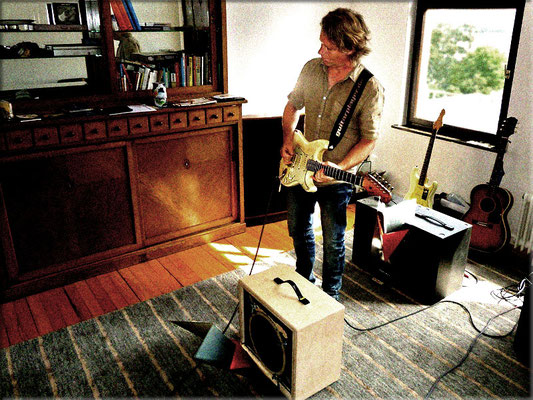 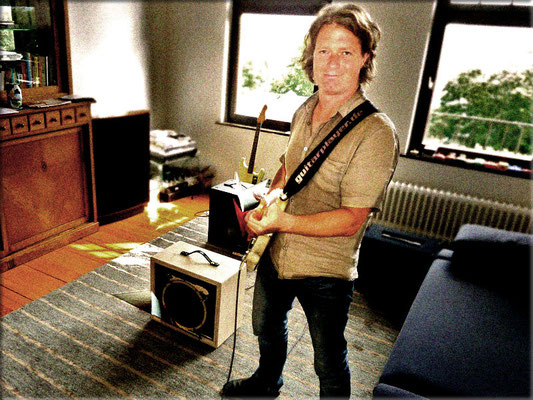 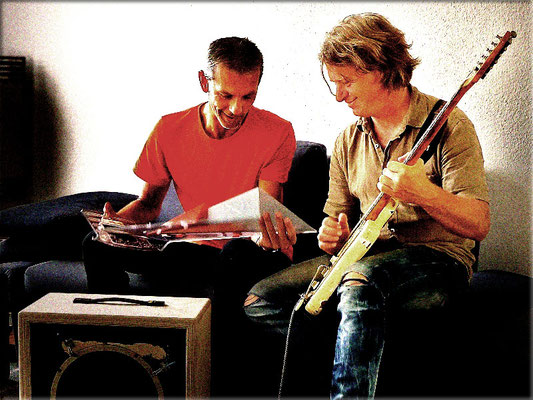 Thomas Blug was playing with his band at the Guitar Summit his program "Rock Anarchy" together with special guests. Here are some of the few photos with the unbelievable talented stars of the next generation - Guthrie Govan (UK) and Dennis Hormes (GER). 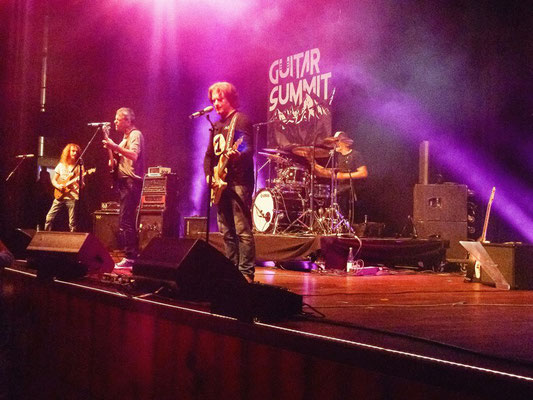 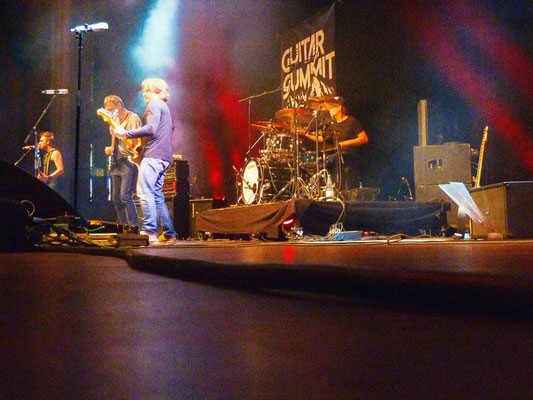 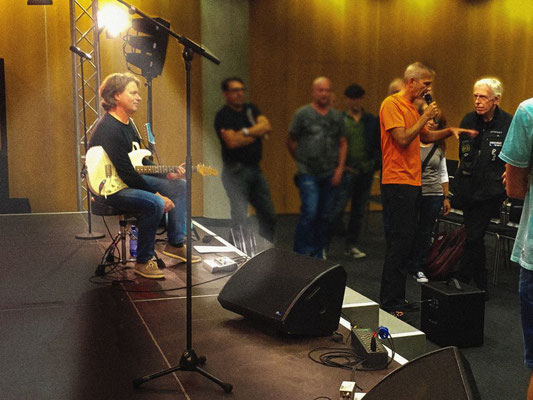 THOMAS BLUG & Band plays for the first time in Tyrol at the KuFa in Kufstein!

After the big success of the last year the tour BLUG PLAYS HENDRIX is continued! THOMAS inspired his fans with his unbelievable rich and fat guitar tone, and a suspicious amount of guitar players gathered near his amp in front and at the side of the stage!

The Deeflexx disarmed the feared Beam, the audience in the first rows could hear the matchless sound of his amp just the same way like Thomas on stage, it was an unforgettable experience for all guitar freaks in the hall.

Thomas swirled over the entire stage, but the sound followed him thanks to the Sound Deflection System wherever one goes! 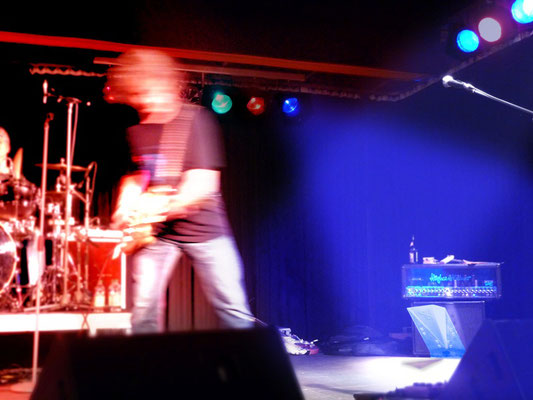 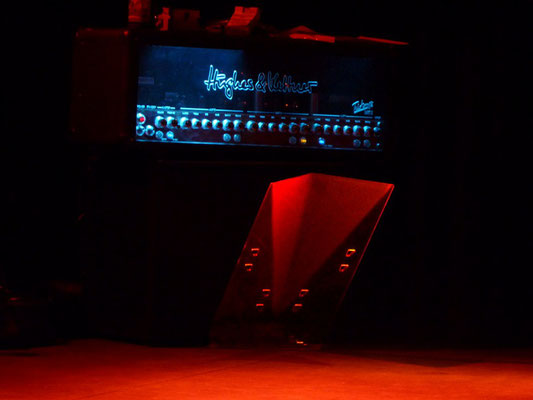 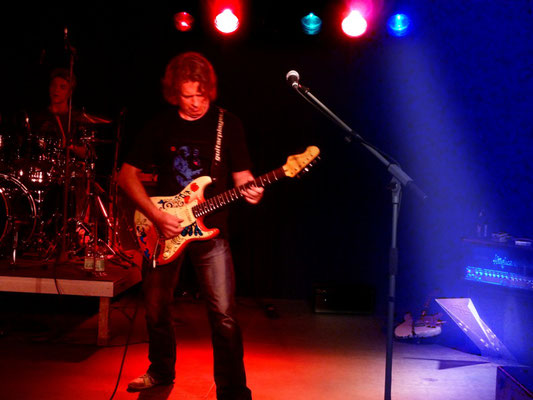